Created and produced by Emily Kapnek, the creator behind As Told by Ginger and Suburgatory, Selfie shows great promise, especially with its charismatic leads Karen Gillan (Doctor Who, Guardians of the Galaxy) and John Cho (Star Trek Into Darkness, Harold & Kumar).

Below is the trailer which was released mid-May:
https://www.youtube.com/watch?v=dQqozmwlE00

In the pilot, Dooley is on top of her social media A-game. Apart from being the most successful sales rep at her company, she’s got hundred of followers, receives thousands of likes and is, well, Insta-famous. After a gross mishap on a company flight goes viral, Dooley seeks the help and comfort from her friends, but soon realizes that she has none. Realizing her online life doesn’t make up for her real life, she seeks the help of her uptight coworker, Higenbottam,whom she hopes can change her image and lifestyle choices. In turn, she hopes to loosen him up as well.

If you’re watching the pilot with a serious mindset and reading into every line of dialogue, you’re in for a rough ride. The show should be approached with an open mind and lightheartedness; it’s called Selfie for Pete’s sake. Although the premise may seem terribly superficial from the trailers and previews shown, the pilot showcases solid writing and performances from its leads.

One thing that should be taken with some seriousness is the pilot’s commentary on the effect of social media and how it correlates to the increase in narcissism. The show resonates much more deeply with the public eye than from an initial glance, especially with the younger generation that’s all about social networking and self-obsession these days. Dooley’s monologue brings light to questions we should be asking: Am I spending too much time on social media? Is my addiction to receiving ‘likes’ and recognition causing me to lose real connections with real people? 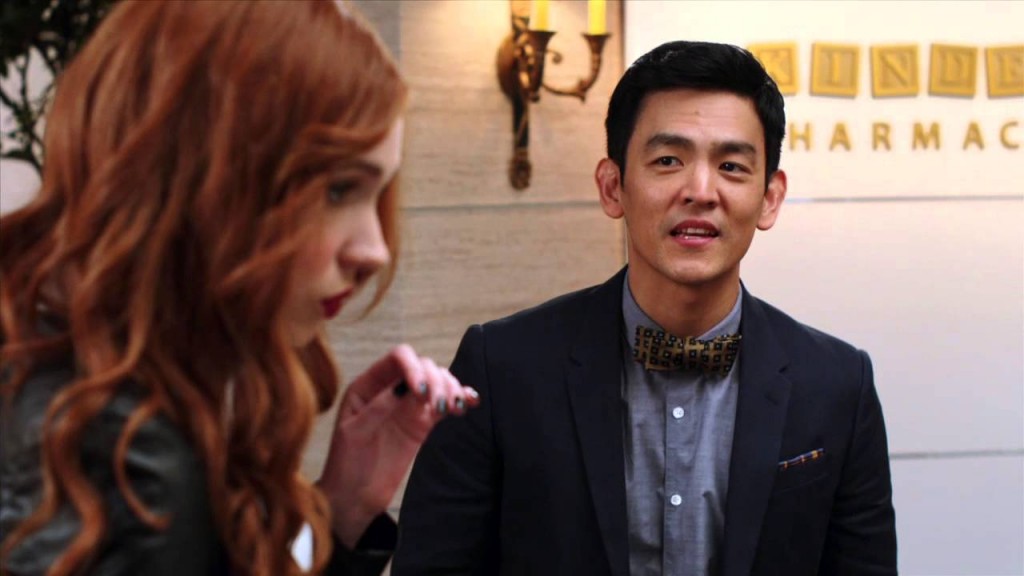 On the flip side, it seems like the writers tried a little too hard to squeeze all of the social media lingo, including hashtags, Facebook likes, followers, and, of course, selfies. Some of the dialogue may sound like complete gibberish to those who couldn’t care less about social media.

The Selfie pilot is far from perfect. However, just as Henry gave Eliza a chance, I suggest you give Selfie a chance and see how fun it really is. Who knows? Maybe you’ll find more striking similarities to your life than you think. Maybe it’ll make you rethink your social media presence and involvement.

Selfie is currently available for viewing on Hulu (and you don’t need Hulu Plus to watch it), and will be premiering on ABC every Tuesday starting September 30 at 8 p.m. (ET/PT)/7 p.m. (CT).