END_OF_DOCUMENT_TOKEN_TO_BE_REPLACED

Ten years ago, fourteen year old Sung Lee began his journey to become a world class beatbox artist. Inspired by a video of beatboxFX, he practiced day and night and entered his high school talent show despite being told that it was a foolish endeavor. Emboldened by his experience, he has since built a prolific arsenal of noises and sound effects which he uses to create music live in real-time utilizing live-looping technology. 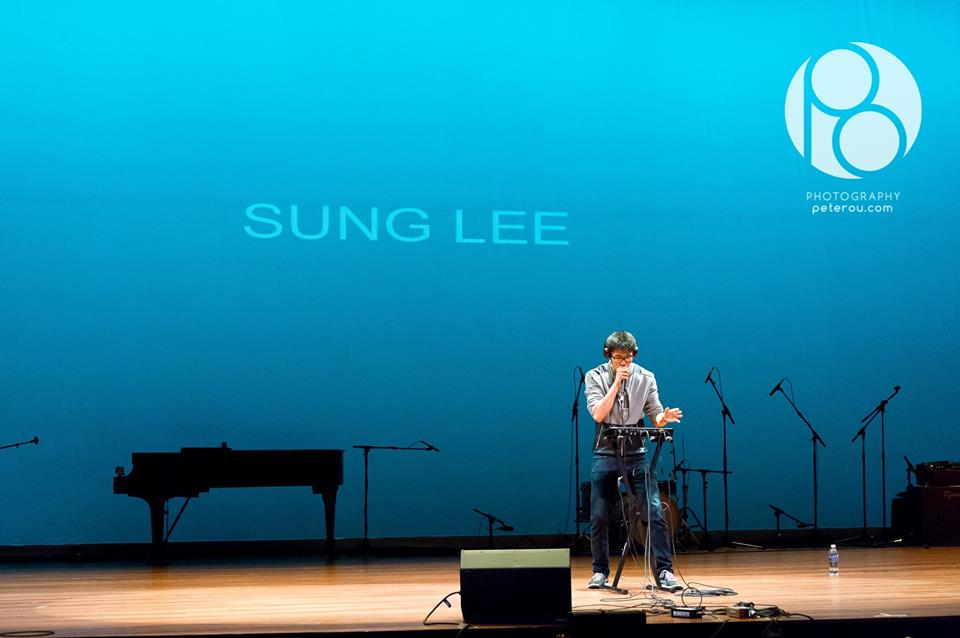 Born in South Korea, Sung moved to New Jersey with his family when he was eight. A graduate of Rutgers University, Sung spent a year at an office job in Las Vegas before moving back East to pursue music full time, performing on the streets, in the subway, and anywhere people would listen, to make enough on tips to pay the rent.

On August 30, 2014, Sung’s perseverance paid off as he delighted the audience and the judges at the Skirball Center for Performing arts, using his mastery of beatboxing and the loop pedal to take home the 2014 Kollaboration New York Title! In addition to Kollaboration NYC, Sung is also a three-time winner at Amateur Night at the Apollo. With both the Apollo and Kollaboration Star titles within reach, the future looks bright for Sung Lee.

Help bring Sung Lee to the finals in Los Angeles, vote for him at https://www.facebook.com/Kollaboration

Learn more about Sung at www.sungbeats.com

The Primaries are a collective of nine UCLA music majors who met at a rehearsal on campus about two years ago. In that short time, they’ve developed a complex, nuanced sound that pulls from several different genres—including pop, R&B, rock, and jazz—as well as their different cultural and musical backgrounds. Their key player Alan, for example, is originally from Chile, but Chili Corder, their guitarist, is not… Even though his name is Chili. Anyhow, the band has pieced together smooth, sensual jams with both innovative and vintage elements, making them a sight for sore-eyes in an industry filled with carbon-copies.

When asked to describe the band, lead vocalist Ryan Yoo stated, “Our group is a bunch of weird dudes with some weird interests, but the main thing we do is make music… and study.”

The Primaries often improvise—both musically and comically—during their sets, reflecting their eccentric personalities, free-flowing style, and eclectic musical influences. At the most recent Kollaboration LA showcase, the guys blindfolded and hogtied themselves with colorful ribbons while performing the song “Whiskey Sour”, which they’d written just hours before the show. To win with an improvised set like that reflects how skilled and confident they are as musicians. They also radiate positive energy and have gregarious stage personalities to match—something that can’t be taught, even at UCLA.

With avant-garde style and natural showmanship, The Primaries are a sure favorite to take home the gold at this year’s Kollaboration Star.

Sally Chung – Nothing, but she’s still in the band

What he called weird noises, the audience eventually called music.

DRC stole the San Francisco showcase on August 23rd without having to say much. If you closed your eyes, you could’ve imagined yourself at an EDM show, an underground hip-hop performance, a club. But what you saw in front of you was a man and a mic. The sound clarity, the feel of the bass, the musicality – all felt unreal; something that was hard to believe came out of a human body. 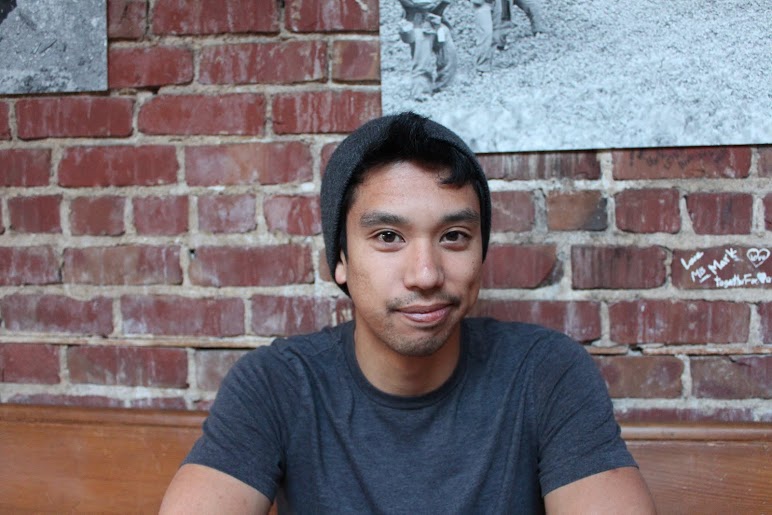 It was something special, and had a tint of magic to it. DRC won the show that night, but the bigger win was an audience that was left feeling a mix of intrigue and inspiration.

DRC Beatbox (also known as Danny Cavero) started beatboxing when he was 12 years old, after being inspired by Rahzel’s “If Your Mother Only Knew.” His sound is a mix of electronic, dubstep and new school hip-hop. After practicing and playing around for a couple years, he began taking things more seriously in college – competing in several national competitions.

As an artist, Danny wants to change the perception of beatboxing. What the audience typically sees in mainstream television and media doesn’t do enough to highlight the artistry behind the craft. He hopes what he does can introduce people to a new way of experiencing the performance, and a new way of thinking about it.

If you missed it, check out his winning performance below!

Paul Yoon wowed audiences and judges during the 7th Annual Showcase with his masterful and creative guitar skills and won the Atlanta title and a shot at the Kollaboration Star grand prize. Yoon first began to play the guitar when he was 12 years old and participated in his youth group praise team where he learned to play in a band setting. Through this experience, he learned the importance of combining different bass parts with melodies to create different musical atmospheres.

At age 16, he developed an interest in the art of acoustic finger-style playing because this form of guitar performance allowed the guitarist to play bass lines, percussion parts, and the melody all at once. He also developed a passion for the cello around the same time, and this allowed him to go deeper into expressing lyrical melodic lines through his music. He continues to search for new musical inspirations and genres and hopes to expand his perception of music. 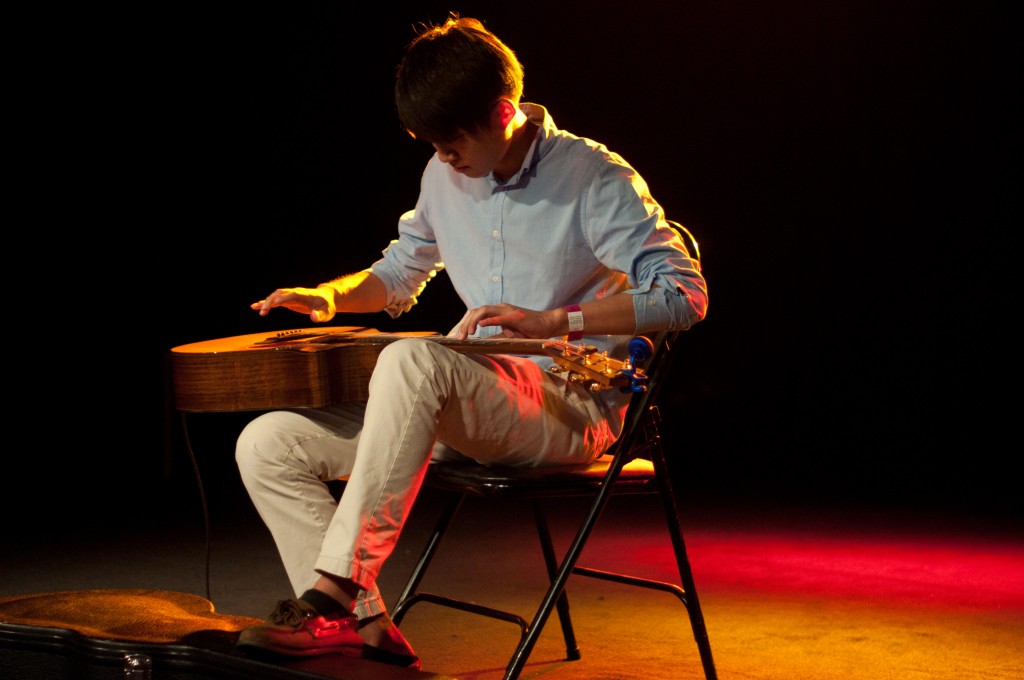 We caught up with Paul after he clinched the Atlanta Showcase title and found out more about his inspiration and his experience with Kollaboration Atlanta.

Did you create a unique piece for your Kollaboration performance?

My hope was that it would be something unique that my audience had not seen before. The song I performed at Kollab was a combination of my original called “Healing” and a piece called “Airtap” by Erik Mongrain.

What was the inspiration for your performance?

My inspiration was the “lap tapping” technique developed by a guitarist named Erik Mongrain.

How did you feel about your performance? Were you surprised that you won?

I felt that I gave it my all, and yes, I was surprised because there were some talented performances that night.

What feedback did the judges give you? Did they tell you anything that was surprising or inspiring?

They were extremely encouraging, and what they critiqued about my performance helped me to think more about performing for a live audience.

Did you learn anything from the other Kollaboration finalists?

The most important thing that I learned is that I need to keep my passion going by being around people who hold similar interests as I do.

Motown. What does this word represent? It represents a movement filled with soul, change, and Detroit.

Born and raised thirty minutes away from each other, two young aspiring Asian-American artists, Angelina Jeong and Gloria Kim, had no idea of the potential that they had in the music industry. Ever since elementary school the two girls were almost inseparable, utilizing their common interest in music as the focal point to develop their sister-like bonds. From guitar to piano, singing to composing, they worked with each other to perfect their harmonization and accompaniment, eventually posting their videos onto Facebook and YouTube. 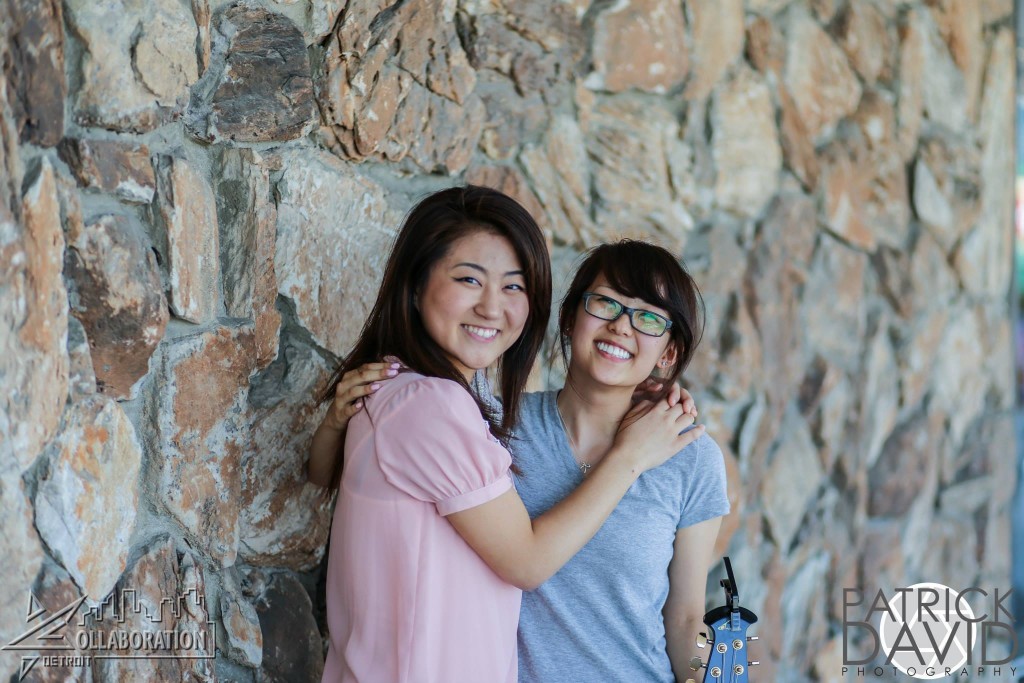 With the support of friends and family, Angelina and Gloria tried out for Kollaboration Detroit’s 4th Annual show. There was a wide variety of contenders, from vocalists to dancers, soloists to duets, but they easily won the hearts of the directors with their spot-on harmonies and bubbly personalities. This year’s show was at Ann Arbor with six finalists, three judges, and one winner. The two friends performed as the last finalists for the night. After a quick heart-felt introduction of themselves, they debuted their song, More Like You. Two out of three of the judges voted the two ladies as their first picks, and they did not hold back their thoughts to the third judge about why they think the duet deserves the title of Kollaboration Detroit’s 2014 winners. “They’re young, talented, and have a bright future ahead”, explained one of the judges, “they do have some areas in which they can improve, but personality is not something you can teach”.

Not only did the girls receive a trophy but also a  free two hour recording session at Jordan Mac Studios. Now all that is left is to vote team AnGlo into Kollaboration Star, and watch proudly as the world fangirls over this generation’s newest Asian-American sensations!

School’s back in session and it’s time to start off this academic year fresh.  But since you’re still in the early stages of getting back into the swing of classes, here are some sci-fi and fantasy books for when you need to a break from studying.

END_OF_DOCUMENT_TOKEN_TO_BE_REPLACED

Representing Washington DC is Vatsana “Paradise” Luangrath, a singer hailing from Reston, Virginia. Paradise wowed the crowds at Kollaboration DC 5 with his emotional interpretation of Tupac Shakur’s “Pain,” using a combination of his smooth vocals and touching lyrics to bring home the title and the opportunity to represent the DMV at Kollaboration Star. 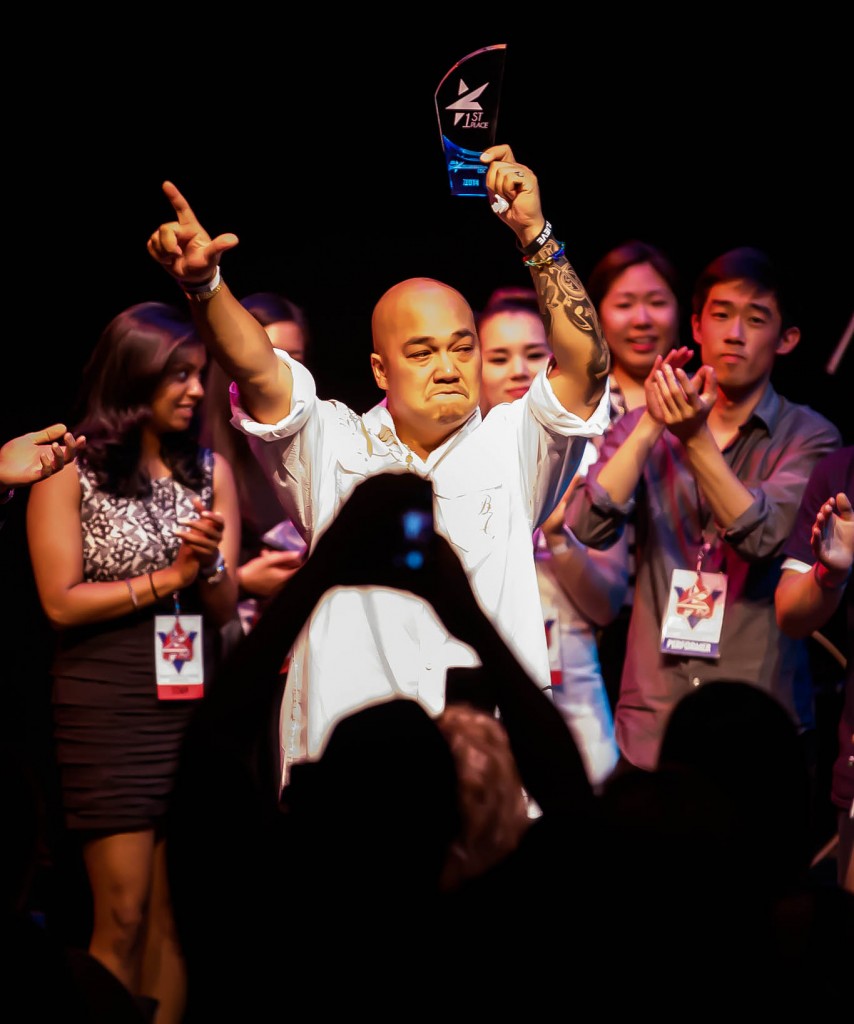 Born in Laos, Paradise came to the United States when he was two years old. Part of a musical family, one can say that music is in Paradise’s blood. Both of Paradise’s parents were singer-songwriters (his father in particular was also a talented comedian, juggler, and fire eater) and he learned how to play the drums, guitar, keyboard, and sing in spite of being diagnosed with a hearing condition at a young age. Singing from his heart and soul, he wishes to make his blessing a blessing to all as he continuously strives to evolve as an artist and reach for new heights.