A month ago, Kollab Blogger Lily Rugo attended the Boston Asian American Film Festival. Here is her recap on the films she watched and her recommendations!

The Boston Asian American Film Festival (BAAFF) wrapped up another successful year of bringing guests and films from all over the world for the seventh year!

The festival was held Oct. 22-25 and showcased a variety of feature length films and shorts. The feature films included Seoul Searching, Miss India America, Help Us Find Sunil Tripathi, The Killing Fields of Dr. Haing S. Ngor, and My Life in China. Their Shorts series each had a theme that related back to home, and each screening was usually followed by a Q&A with either the director, an actor, writer, or producer. 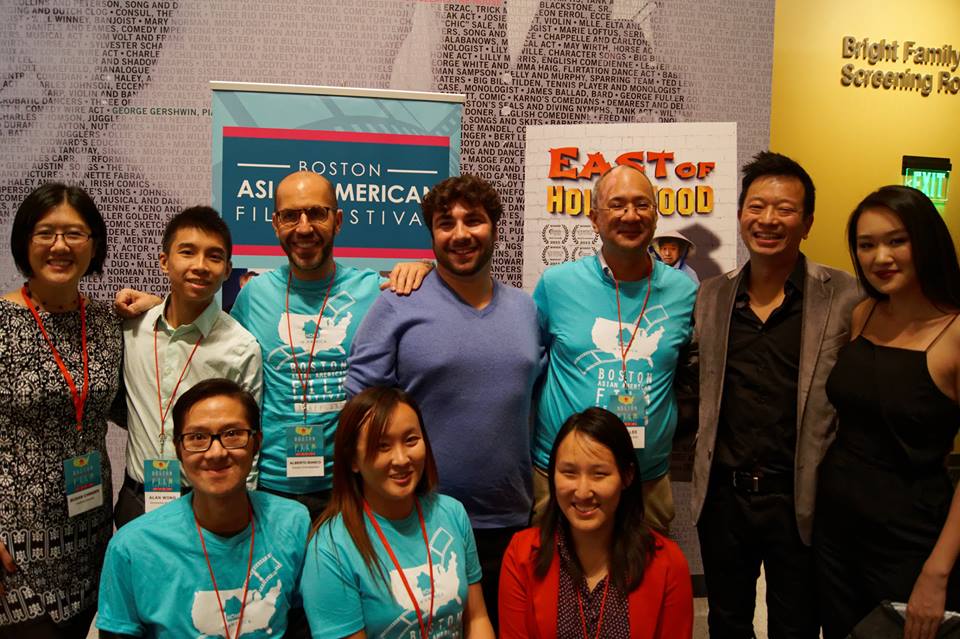 I really enjoyed the films I saw. For the full 2015 line up, visit BAAFF.org. For a quick look into what I enjoyed most, here’s my recap:

Shorts: Redefining Home— East of Hollywood; D. Asian; My Hot Mom Gandhi; My Sister Swallowed the Zoo; Next Like; Distance Between

Overall, these shorts were fun and established the festival’s theme of home well. One film continued the video trend of categorizing people with clever analogies, in this case likening girls to social media sites like “the Twitter girl” versus “the Facebook girl.” One was a bit too artistic for me to fully appreciate, showing a series of photos and videos flashing by while a daughter talked to her mother over the phone. I thought “Distance Between” was the most heartfelt in this series, a new take on a dad passing on words of wisdom to his son.

The highlight was “East of Hollywood,” a 30-minute short film satirizing the struggles Asian American actors face in the entertainment industry. Based on lead actor and co-writer/director Michael Tow’s true experiences, the film exaggerates the stereotypes and tropes Asians face, or in this case, must lean in to as they try to break the bamboo ceiling in Hollywood .  “East of Hollywood” is a local project that had its premiere at BAAFF and will hopefully be continued on in a longer film.

I found these more enlightening and in-depth than the Redefining Home series. I appreciated the stop motion of “FU377” and comedic drama in “Ordinary Family.” Most of them ended without a neat little bow, as I expect was the point, and loved the honesty of each short. My favorite was “Draft Day” about the Thai military draft required of all males when they turn 21. The short follows two transgender girls throughout their drafting process and explores how Thailand has adapted to the transgender community.

Dear Chris Dinh: You lied to me. I asked if your movie would be gory and here we are. I had seen both the online shorts, “Crush the Skull” and “Crush the Skull II,” and I was excited to see the film they made—even though I spent most of the movie hiding behind my jacket. Crush the Skull, the feature length film, has a different plot than the online shorts, but it’s keeps to the same genre of dark comedy and campy violence. The story follows a group of burglars as they break into a secluded house thinking it will be easy and their last job. Little do they expect for it actually be their last as it turns out the owner is home—and a deranged serial killer. I enjoyed the references to the original shorts and the usage of the same actors, jokes, and situations– not to mention the classic line “crush the skull” that has to end up somewhere. I’m not a big horror movie person—I even screamed at one point during the movie—but I would suggest Crush the Skull for a fun night with friends.

Home in America was the heaviest of the Shorts series. I even cried a bit. All of the shorts related back to home and connection to roots and family. Each of them made me think either about my own family or contemplate the situations the subjects of the shorts were going through.

One of my favorites, Fall Seven Times, Get Up Eight: The Japanese War Brides, told three amazing stories about women who married American soldiers at the end of World War II. The director’s plan on developing the documentary into a longer piece, and more information on how to support the project can be found on their website. But the biggest takeaway for me was how recent the Vietnam War was in my lifetime. Learning about it in history class makes it seem so long ago, but these shorts made me realize that past events still hold a strong impact on today’s families. If you have the time, I recommend all of these shorts.

Probably one of my favorites in the festival, it was like a good meal: filling, nothing too fancy, and heartwarming. The director, Grace Lee, started with joking about why Asians take so many photos of food then developed the idea into a documentary. For the most part Off the Menu doesn’t focus on food as product, but the ways it brings people together and represents larger aspects in life like community and heritage. Lee explores the rise of sushi as a trend, how a chef at a new restaurant in New York City incorporates its family, Hawaiian traditions, and the community langar meal served at a Sikh temple in Wisconsin. It’s a simple movie, but I loved it and thought Lee did a great job finding different aspects of food in people’s lives across America.

Another favorite of mine, I thought the director and writer did a really good job with this film. Miss India America follows recent high school graduate and winner of everything Lily Prasad as she sets her mind to win Miss India National. Of course the journey is one big learning experience for Lily, but it doesn’t rely on too many tropes of the coming-of-age story. My favorite part about Miss India America is that I wasn’t rooting for the main character to win (she does enough of that herself), but that I’m rooting for her to change.

Also, New Girl actress Hannah Simone has a supporting role when she could have easily been the lead—and I’m glad she wasn’t. The lead actress Tiya Sicar did very well, and looked like the average girl who enters a beauty pageant, not a pageant queen playing the average girl. I highly recommend Miss India America. Follow this link for the movie’s website. If you try Googling it, you might just find yourself on Miss India’s real website.

Congratulations to the staff at the Boston Asian American Film Festival on another successful year. I really enjoyed all the films I got to see and learned a lot from the following Q&A sessions. Best of luck next year!

One thought on “Boston Asian American Film Festival 2015: A Recap”