I’m Filipino, I grew up in Milwaukee, went to school in Madison, Wisconsin. I moved to Chicago for music in 2000, so I’m pretty familiar with the music scene and I wanted to get more into the Asian American scene. 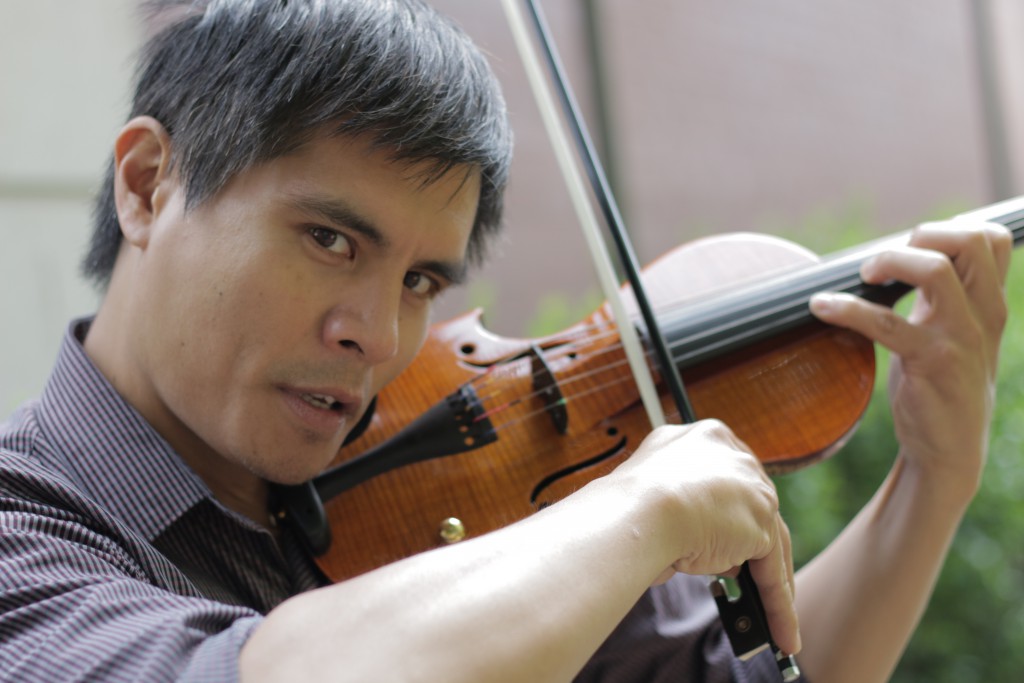 How’d you hear about Kollaboration?

I found Kollaboration through one of my Filipino friends, they’re kind of infiltrated in the Chicago scene, so I talked to the head guy and he wanted me on his showcase.

How does it feel that you’ve come this far?

I feel honored. Just knowing and competing with the talent we have here (in Chicago) I was pretty intimidated. I feel very lucky to do this, and I didn’t really expect that this was going to happen. I kind of just took it as it’s never going to happen, and then when it did I was just kind of shocked. I feel kind of concussed right now. I’m excited for this whole thing, I want to tell my whole family.

When did you get into music?

I’ve been playing since I was young. I played a lot when I was a child, my parents made me practice all the time, it sucked, I hated it. In college it was great, I was able to meet so many different people, people that really enjoy music, enjoy violin. It’s something that I wanted to pursue, and I knew I had the work ethic. I moved to Chicago because there was a band that I auditioned for, and I came out and started playing with them.

Has it been hard to pursue music as career?

Yeah for sure because I was on the pre-med path, I majored in micro biology in college. It was tough, but the success I had coming out of college, I was really surprised with the success I had, and I was able to make enough that I was able to make my own decisions. I feel like Asian influence and the pressure, I think it’s so extreme, the backlash is also huge. Like when I was 18 and I finally left the house, I felt like there was a beast inside of me. We’re balancing things out with my dad. I’m back in school, and he knows that I love music and that I don’t want to give that up. But you can always do more.

What was it like going from pre-med to pursuing music?

The summer after college I studied to take the MCAT, I did good enough to get back into Wisconsin for school, but I thought I’m going to try out music for a little while. Of course I was young, and the romantic idea of touring the country and getting paid to play music was so great. Now, I’m old enough it sounds like a pain in the ass. I’ve traveled a lot and it’s hard, it’s not the easiest thing in the world, and you start to miss home.

How do you describe your style?

I have influences in jazz fusion, the classical violinists, and modern music with violin. For me right now, I think I like songs. I don’t care what kind of style it is, if it’s a good song. I think that’s the kind of style I’m going for.

As a more established musician and a violinist, do you think your approach to STAR is different?

What I do is a little different because I’m not up there playing guitar and singing. The game I’m playing is different. I feel like playing guitar and singing, there’s a lot of talented singer-songwriters out there, if you’re good, you’re good and you know it. That’s something you see all the time so you can compare yourself, you can kind of etch your way into that kind of style. For me it’s hard because the sky’s the limit. I’m working so my audience doesn’t get bored, they must never get bored during a performance.

I think it’s incredibly important because in pop culture, you think about Asian icons in the States, and I think I can name like three of four in the last thirty or forty years. Everyone knows like five or six Asians they can name off, and three of them are NBA players. Any culture, there’s beauty in it, in a lot of different aspects and I feel like it hasn’t been expressed. The more we can do that the better.

Advice for people who want to get started but are too scared?

Love what you do. Be patient because if you don’t have patience you can be destroyed pretty easily.

Advice for people who want to start out but don’t know how to tell their parents?

Show them that you love what you’re doing. It could be simple as if you’re a songwriter, write them a song. Whatever it is, express why you want to do that and hopefully if they see it, they’ll understand. 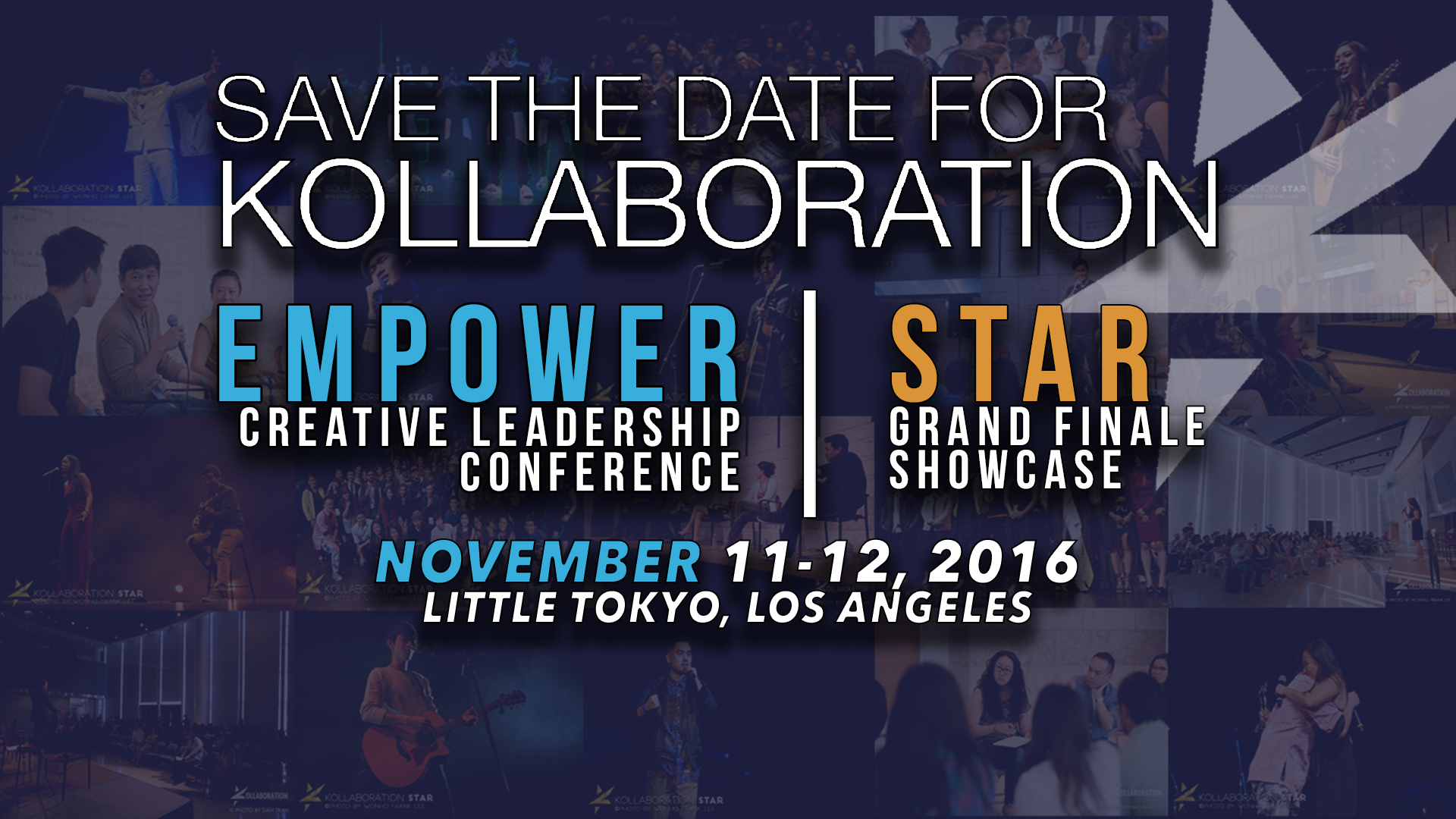