Wesley— Zach and I started this band two years ago. It started out as a side project, all of us were working on solo stuff and it sort of evolved into a much larger thing over time. It developed from a side thing to a real thing, and now it’s like a seven-piece band. It finally got out of hand after a while.

How did you find Kollab?

Zach— Well Wesley has kind of known about you guys for a few years now. But if you want to talk about how Trace Repeat got involved, we actually ran into Lauren (Lee) at the Asian Heritage Festival that happens in San Fransisco, back in May. Kollaboration comes around the same circle of people that we all know, like if you’re Asian American making music in the Bay Area then we all know the same artists that are doing all the Asian American music because there not really that many of them. Kollaboration, being a part of that community, was sort of a natural thing that happened.

What does it mean to you and the band that you’ve gotten this far?

Wesley— It’s kind of ridiculous in a lot of way. I didn’t expect it to happen. We sort of ran into Lauren at the Asian Heritage Festival, and I had done a couple of thing for Kollaboration a while back, I think I auditioned once or twice as a solo act, but I never go that far with it. Then we ran into Lauren and she was like, “I’m doing all these really cool things with Kollaboration and I really want them to hear new music and find new sound.” Well, we’re new sounds. Then it just sort of snowballed into this huge thing and we never expected it.

Zach— In terms of our feelings on the matter, we’re more than excited, we’re really stoked being on board. I think like Wesley said, Kollaboration is sort of exists as that community that we definitely want to be a part of. Getting this far in itself is already a really, really good accomplishment in our book, and I think you guys have been very good about the support and welcoming us with open arms. To have gotten this far in the competition, we couldn’t be happier. So, thank you.

Is Trace Repeat one of the few Asian American bands in San Fransisco?

Zach— There’s only really three or four of us in the immediate Oakland-San Francisco area, not counting San Jose, but we’re basically it.

Wesley— Especially in regard in finding musicians who really take it seriously, making a career out of it. That’s more difficult to find at all. I feel like I know most of the musicians in San Fransisco, at least the basic singer-songwriter community, and of that community I can count on one hand the Asian Americans who are a part of that.

Wesley— It started out at its very earliest conception as basically a funk band. We were playing a lot of Stevie Wonder, Michael Jackson, James Brown, a lot of Prince covers. It wasn’t really working well because we weren’t really a cover band, so the covers didn’t sound good. Then we started writing music instead, and the songs took their own shape, and in the end we drew a lot of influence from the songs we were covering. In a round about way, it’s a funk band, but a funk band with a lot of other very random influences.

Zach— I think that representation in the arts is extremely important, especially for Asian Americans. There’s just not as much representation, there’s not a lot of adequate representation. The way Asian Americans have been portrayed in the stereotypical emasculated, work hard, study hard kind of stereotype. I think that to be able to play music or be an artist, to go against the grain and have a shot to show what it really is we’re capable of is extremely important for a lot of people. I think influence and being able to inspire people because you’re a little bit different, at the end of the day gives us a voice and a lot of freedom to  be able to choose our owns ways. Which in a lot of ways is at its core a given right.

Wesley— I think that also touches on one of the big things for why I’ve always found Asian American empowerment to be something to talk about. Especially as a musician, especially as a funk musician. We’re breaking down barriers and we’re breaking down stereotypes and as a musician we’re already breaking down the stereotype of what everyone expects you to be as an Asian American. But at the same time we’re also breaking down another barrier because we’re not playing the same kind of music people are expecting us to play. When you’re Asian American there’s a very specific thing that people are expecting. When we get up on stage, it also speaks volumes about sounding different.

Do you think it’s easier to break stereotypes of Asian Americans in music as a band or on your own?

Wesley— Everything is easier a a band, because with more people in you have a support system. It’s really hard being on your own, making all these decisions, showing up on your own, playing shows and controlling a room. It’s a lot more difficult than when you get up on stage with six other guys that are like you’re best friends in the world. Even if the show sucks, and you have a good time with your friends, when you’re having a good time with your friends that kind of makes the show a good show.

Zach— Speaking to the growth of that, I want to add that as a band it’s definitely easier, but because there are more of you, it gives you a sense of identity. I think that my growth, not just as a musician but as an Asian American socially aware person, has come from playing in communities where you can’t help but be surrounded by like minded individuals. That only helps become who you are. A lot of my Asian American tendencies that I want to are sort of a by-product of the people I’m around.

What’s your advice for people who want to get started but are too scared?

Wesley— Don’t be afraid to fail, that’s really the thing I’ve been thinking about a lot. You’re gonna suck for a long time, that’s fine, it’s fine to suck because everyone sucks in the beginning. That’s kind of what’s fun about it, being bad at what you do for a long time. Then once you are terrible at something for a while, you eventually get pretty good at it and people start to actually dig what you’re doing.

Zach— Share your dreams with people too. That’s an important thing, you’ll find people who want to go on the wild ride with you. I think that only helps you get started a lot more swiftly than if you were to dive into the unknown by yourself. 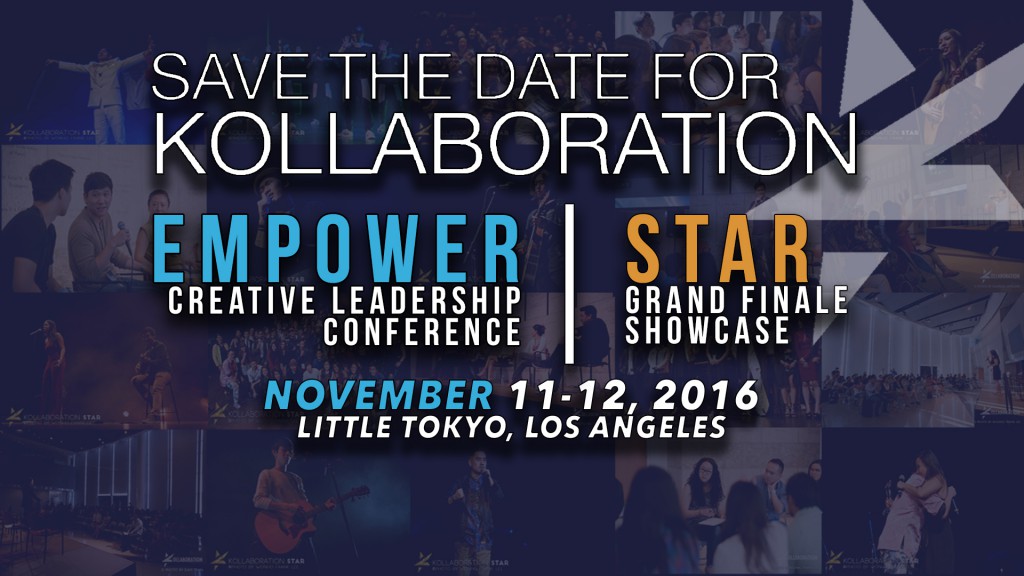