San Jose, home to the third largest Asian American population in the United States, recently played host to the annual CAAMFest San Jose film festival. From September 17-20, screenings, Q&As, and even an artist presentation marked the film festival’s 13th year in the South Bay of the San Francisco Bay Area.

Friday’s opening night at the Camera 3 Cinema, usually reserved for showcasing films, features an unprecedented screening of a TV show, Fresh off the Boat. The family sitcom made history as not only the second show to star an Asian American family since Margaret Cho’s All-American Girl, but also the first to be renewed for a second season. Stephen Gong, executive director of the Center for Asian American Media (CAAM), highlighted the show’s significance to the community, stating how Fresh off the Boat is both a phenomenon that is funny but with truth to it. 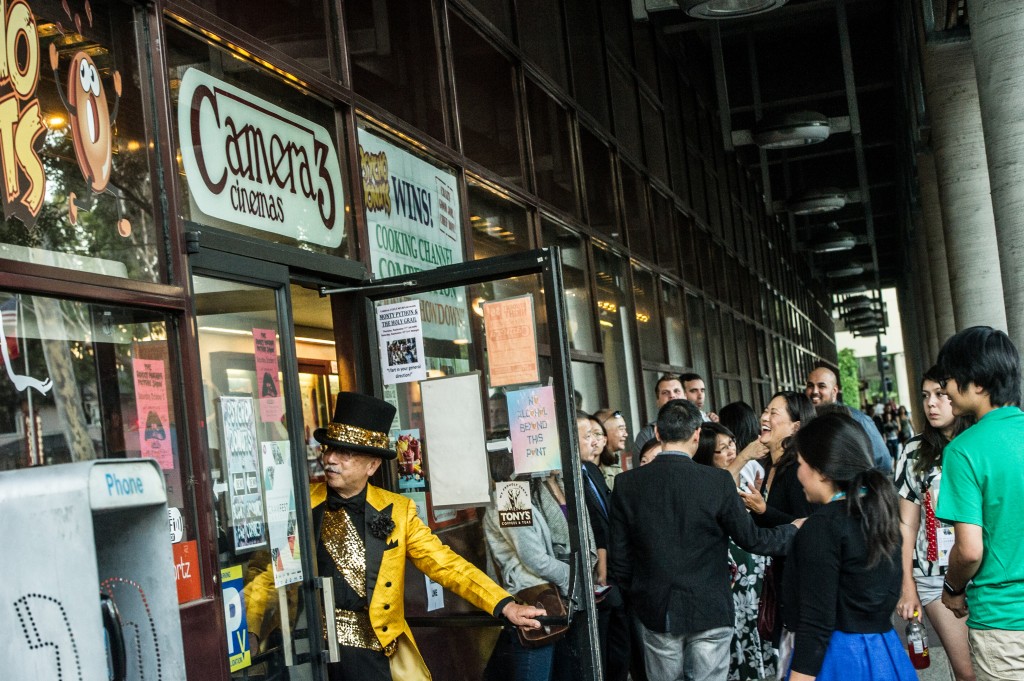 A large audience attended this first screening, notably a number of kids with their parents. The attendees were treated to the final episode of Season 1, as well as an early screening of the Season 2 premiere. Needless to say, laughs filled the room at all the right moments.

Melvin Mar, executive producer of Fresh off the Boat, was the night’s special guest, and after the screening, he joined CAAM Festival Director Masashi Niwano onstage for a discussion and a Q&A. Mar went in-depth on how he went from being fresh out of Cal Poly Pomona, not knowing what direction to take, to interning for Fox and DreamWorks, before eventually finding himself in a position where he was able to pitch an idea for a sitcom surrounding an Asian American family. As far as what to expect from the second season, he specifically highlighted how we’ll see the character of Grandma Huang (Lucille Soong) expanded more, as well as an upcoming Chinese New Year episode later this winter.

The Opening Night Gala followed afterwards at the San Jose Museum of Art. Richie Menchavez of the Asian American online radio station, Traktivist, served as the DJ for the evening with a playlist largely made up of 90’s music. Deviled eggs, mini cupcakes, beer and wine were consumed as attendees mingled with one another, having a good time, as well as even hitting the dance floor at one point. The night ended on a good note. 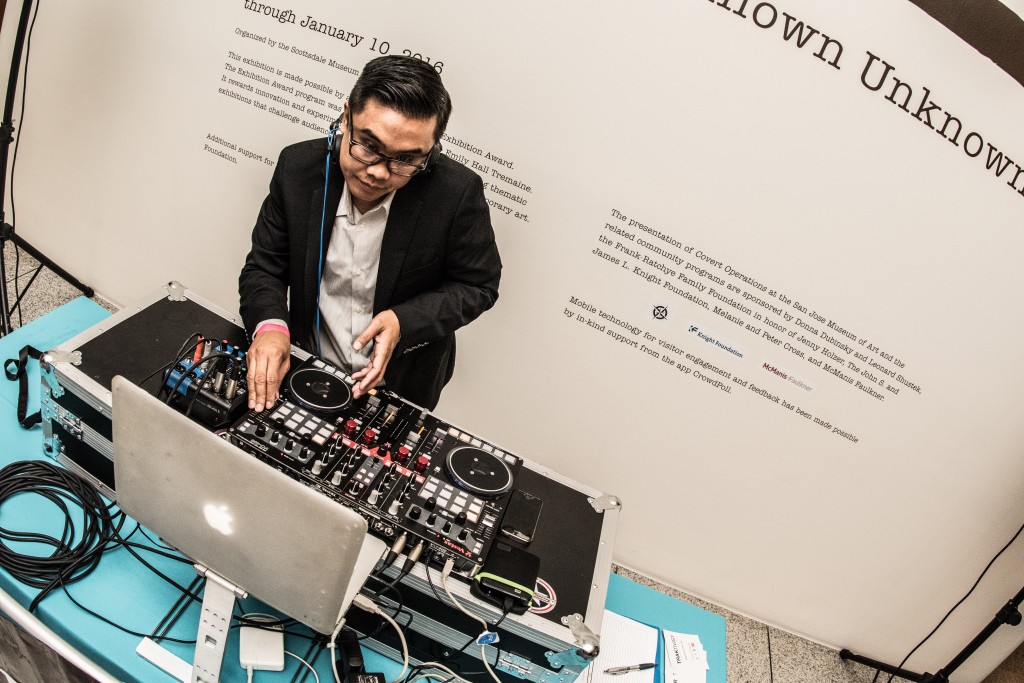 Saturday continued on with CAAMFest’s programming beginning with In Football We Trust. The documentary follows four NFL hopefuls, all of Polynesian descent, in Salt Lake City, Utah as they navigate their way to the ultimate glory, while with dealing with intergenerational gang violence, poverty, and their families’ expectations.

Co-director Tony Vainuku was in attendance and discussed with Niwano afterwards for the moderately sized audience how he conceptualized the idea for the documentary from his uncle’s experience, who was also once an NFL hopeful. He explained how filming for the documentary went about, in particular when it came to gaining the trust from both the subjects and their families. In addition, he also explained how actor Dwayne “The Rock” Johnson, who was completely moved by the film, is coming onboard as a producer for the film’s wider release next year.

Barney Cheng’s directorial debut, Baby Steps, followed afterwards, as the good-sized number of attendees were treated to a comedy-drama that follows Danny (Cheng) as he and his American partner are on a mission to find a surrogate mother, all the while he deals with his own mother/excited grandmother-to-be.

Felicia Lowe’s Chinese Couplets and Ham Tran’s Hollow– both of which were screened at CAAMFest last March- were the final two films for the day and the Centerpiece party was held that evening at the Nomikai Bar.

Sunday marked the last day of CAAMFest San Jose, beginning with a free screening of the web series Lucky Chow at the Japanese American Museum of San Jose and closed out with a screening of Vikas Bahl’s critically acclaimed Queen at Camera 3.

Sunday afternoon was when the centerpiece presentation took place with a focus on comic book writer/filmmaker Greg Pak, moderated by graphic novelist Gene Luen Yang. Accompanied by a slideshow, Pak first discussed his film career with works like Robot Stories, before going onward to his works he has done for companies like Marvel and DC Comics. He showed the step-by-step process of his illustrator’s work for his upcoming Kingsway West, pictures of his character Amadeus Cho as the new Hulk, and previews from his children’s books, ABC Disgusting and The Princess Who Saved Herself. 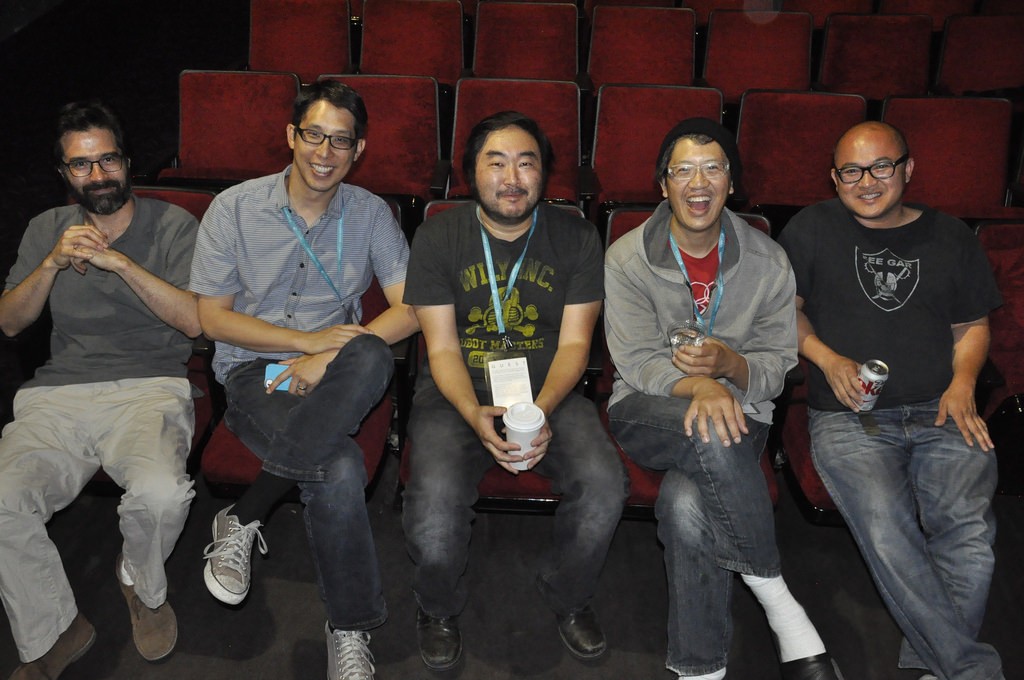 In discussion with Yang, Pak went even further into his background, explaining how while he grew up enjoying comics, he never thought of writing comic books as a career. Looking into the future, he is now considering a wide assortment of projects; some of them, he said, would actually work better as films than comic books.

The presentation wrapped up with musician Goh Nakamura performing a song from the soundtrack for Kingsway West called “Sonia,” as well as a cover of the Beatles’ “Red Balloons.”

It was another successful CAAMFest San Jose for the staff and volunteers! Now, they continue onwards with preparations for CAAMFest 2016.