Whether you started following Dia Frampton during her Warped Tour days as the lead singer of alternative rock band Meg & Dia, or from her deep run on the inaugural season of NBC’s The Voice, chances are you’ve been eager to hear more from the talented singer-songwriter. Luckily, your wait is almost over as her new band Archis (pronounced like “arches”) will release their debut EP on Monday, February 23.

A collaboration between Dia and composer/producer Joseph Trapanese (who famously worked with Daft Punk on the score for Disney’s Tron: Legacy and M83 on Oblivion), The Archis EP was recorded in early 2014 and was originally set to be released independently during the 2014 Lindsey Stirling Tour that Dia was a part of. This was when Nettwerk Records, who had just signed Dia, took notice and convinced her that if she wanted to release this record the right way, she should do it with more financial backing.

Kollaboration caught up with Dia to talk about Archis, the value of performing live, and her other side projects. 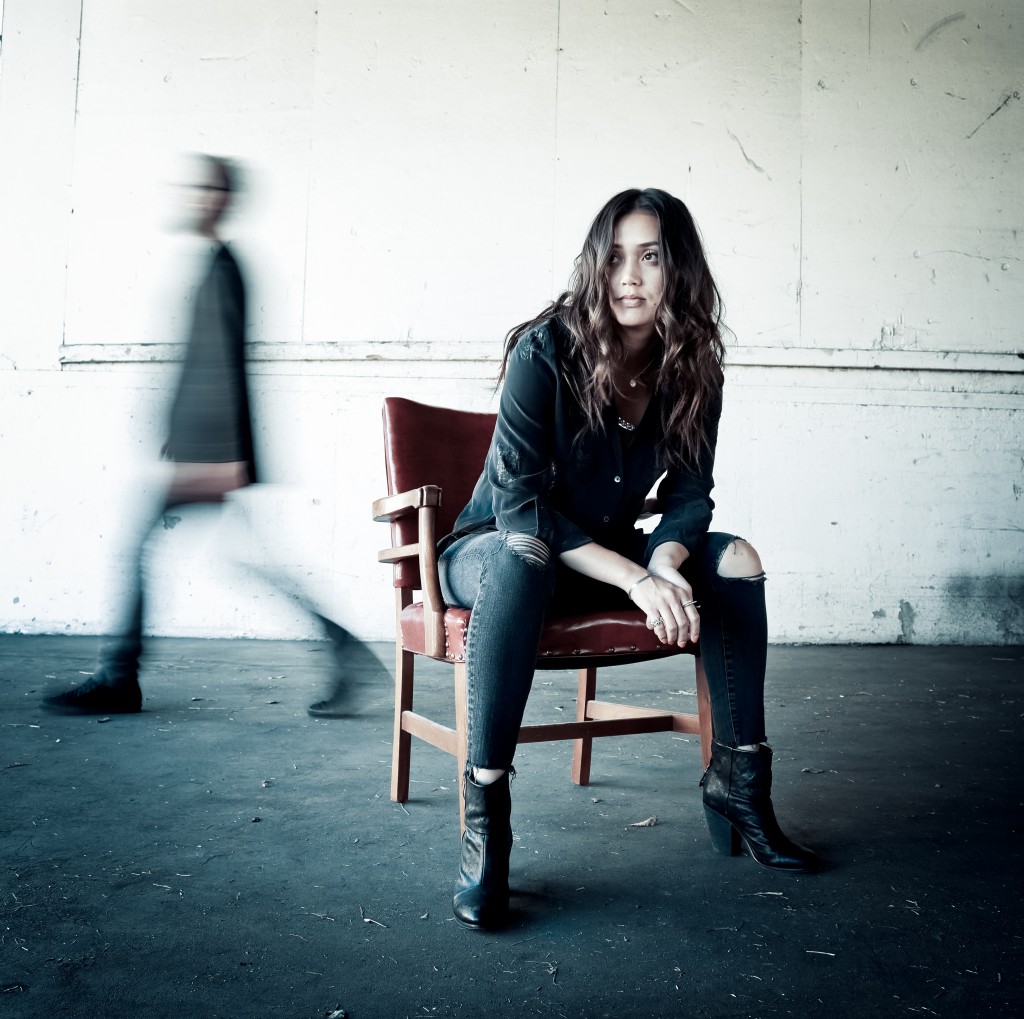 What is Archis? How did it come to be and what is unique about it?

The roots of Archis started quite a few years ago when I first worked with my friend Joe [Trapanese]. He’s such a creative person, I just felt like I connected with him right away. We worked together on a few songs just for fun that I would listen to for my own creative intake. It was difficult because the things we worked on wasn’t really resonating with the label I was with at the time.

We didn’t really plan to make a new band, it started as an excuse to get together and have fun. Working with Joe was always effortless and it never felt like I was going into the studio to produce a perfect three and a half minute pop song—it was just a fun and creative release. Organically, the music started sounding so different from my past stuff and Joe was such a big part of it as well, so it made sense to call it something new.

I think for me it’s also a transitional project. The first single, Blood, is mostly about feeling chewed up and spit out by record labels and trying to find my ground again. When you get caught up in Hollywood and you’re on a TV show and this major record wants this and that from you, I feel like I got pulled around a little bit and lost focus on why I enjoyed doing music. I think I’m still recovering from a period where I lost a lot of self-confidence. Thinking back to why I loved music in the first place, I remember going to shows of my favorite band, Tom Petty and the Heartbreakers, and how they inspired and changed me. I hope that in the same way, Archis can inspire our listeners in some way to overcome their fears and start their own adventure.

Do you have any advice for aspiring artists?

It’s definitely a different world for media and I think that technology has helped a lot in making it easier to get your stuff out there. I have a lot of friends who are aspiring actors who just write their own short films and just upload them to show the world what they got and it’s so amazing that you can share your work that way.

I think the one downside about performing through technology like YouTube is that it doesn’t really prepare you for the pressures of a live show. It’s really easy for people to get behind their screens, play a song on guitar, and upload it to their many subscribers, but when they have to go out and play a live show, it’s definitely not the same thing and I think that can catch people off guard. It’s such a difference environment to play for real human bodies sitting right in front of you.

I think it’s really important to perform often and to remember that no show is too small. People think that I’m playing these huge shows, but I can book a show right now in Kansas and there’ll only be like 5 or so people there. I’m still growing myself and my advice to anyone who wants to be a performer is to just play as much as possible

Besides music, what other things are you into right now?

Right now I’m really into cooking and baking. I’ve also been getting into Pilates classes because I’m getting older and it’s like, oh my gosh, everything’s going away! But one thing that I’ve been really getting into lately that most people don’t know about is acting. I’ve been taking acting classes for about 2 years now and have been going to a lot of auditions.

My first acting audition was for the Les Misérables movie with Hugh Jackman, even though I didn’t get the part I really enjoyed preparing for it (Les Mis is one of my favorite books in the world, if I was to get a tattoo it would be 24601, which is Jen Valjean’s serial number). It’s been a fun new pursuit for me, but it’s also been really hard to get so many rejections. I feel like I’ve auditioned for probably 100 parts now and I’ve gotten just as many no’s. Nothing is ever easy in this industry, but things that are hard to get are usually worth it in the end and in the end, performing and taking acting classes has been a lot of fun for me.

You can pre-order Archis now on iTunes and don’t forget to listen to a few of the singles Blood, Bittersweet, and Let Me Love!