Kollaboration is happy to announce a partnership with The Kindred Foundation for Adoption! Kindred is an organization dedicated to providing resources to adoptees and their families. Serving both domestic and international adoptees, it provides services such as travel, translation, and support for those looking to reunite, avenues of artistic expression, and programs for orphans living in foster or government care.

Kollaboration has always been deeply rooted in identity, expression, and representation. With a largely Asian American base, our community shares in varying degrees of collective experience with the adoptee community. Questions of belonging, forays into identity, and the balance of seemingly disparate worlds are part and parcel to the AAPI experience.

Better yet – they are our muses.

Yet, as purposeful as that might sound, real life is rarely that neat. Expression is best spontaneous. Things just sort of happen, real-time, and what we do in response defines that moment.

That’s how I felt when I watched the trailer for Twinsters, the Kickstarter documentary by Samantha Futerman, co-founder of The Kindred Foundation for Adoption.

Sam is a Korean-American actress and director pursuing her acting career in Los Angeles. Like many actors, she has some great, hilarious stuff on YouTube and one day, a group of friends in France was watching one of her videos with KevJumba.

They enjoyed it even more because Sam looked just like their friend Anais, a fashion student in Paris. A striking resemblance!

It was just a funny coincidence until they told Anais. She searched Sam to see the similarity, but within a few more clicks, she realized that they had the same birthday, same year. They also happened to be adoptees.

I can’t help and think that if Sam hadn’t made that video, Anais could never have recognized their resemblance. Continents apart, they would never have realized the similarities they share and inspire this amazing story. It was all because she took a risk, and put herself out there for the world to see. 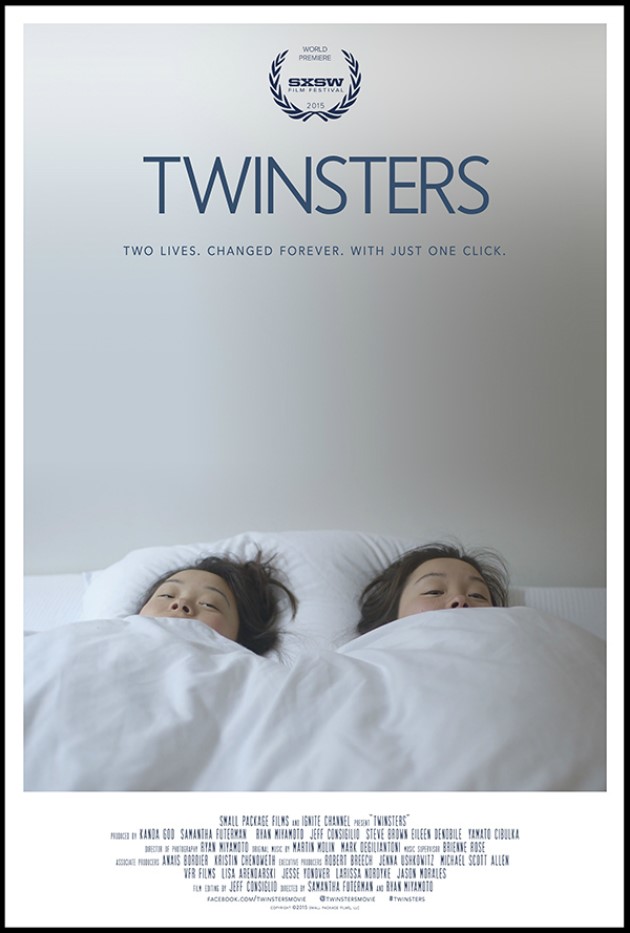 It’s unbelievable how entertainment can bring people together in the most serendipitous of ways.

I think that’s one of the reasons we do what we do here at Kollaboration. If, through the events we organize, the platform we provide, or the people we bring together, we can help set the stage for the next great story, then we’ve made our impact. We’ve fought the good fight.

And so with great pleasure we announce this new partnership and ask for your generous support!

Support the Kindred Foundation for Adoption!

The Kindred Foundation for Adoption hosts their inaugural event next Tuesday, March 3, 2015 at the Sofitel Los Angeles at Beverly Hills. Proceeds will help fund worldwide aid to adoptees and their families.

The evening will include a hosted Svedka bar, light tray pass, silent auction, a sneak peek at Twinsters and special guest performances by cast members of Glee!

Family Has No Boundary

Get your tickets on EventBrite