For mixathon48’s Operations Lead, Nhan Vu, it’s no secret that gaining success in the music industry is a tough code to crack. “You have to know the right people, equipment costs a lot of money, you need to be part of a record label… There’s a big gap between established artists and people who are just starting out.” So how can one bridge that gap between opportunity and talent in terms of music production? That’s where mixathon48 comes in. 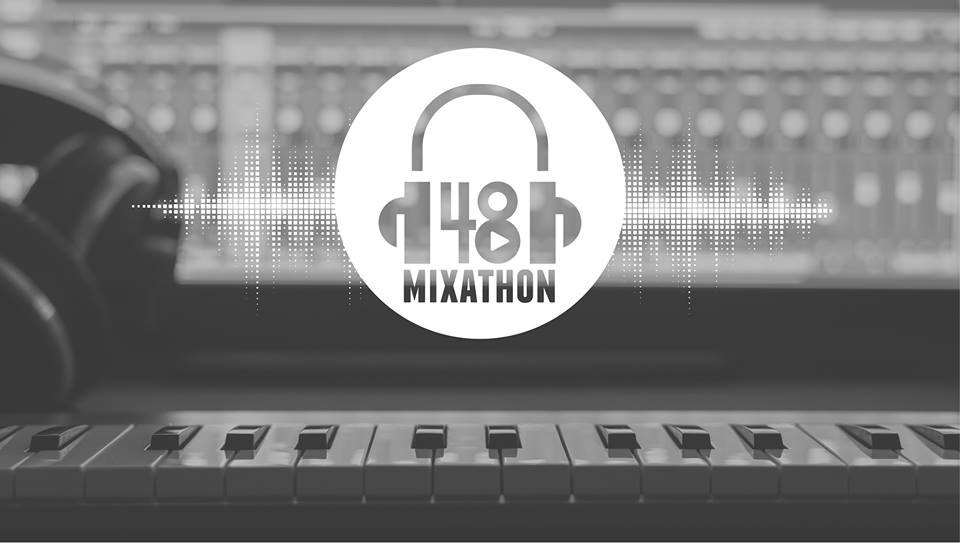 Founded by Nicholas Yiu and Matt Hong, mixathon48’s core mission is to promote music technology education. Their main event is a hackathon-style “mixathon,” during which participants have 48 hours to fully produce a track from start to finish. “We judge the tracks based on a list of criteria,” Nhan, Operations Lead for mixathon48, explains, “and then from there, we choose the winners and the winners get prizes.”

But mixathon48’s significance lies in more than just its main event: its focus on music production makes the organization a rare presence in the discussion on arts accessibility. “There are a lot of free resources [for music production] out there, but they’re kind of all over the place,” Nhan says. Producing music is a largely self-taught endeavor, one that requires access to expensive tools that are not easy to learn.

What’s more is that many music educators do not reflect multicultural or underserved communities who seek to learn about music. This reproduces a double barrier for many API communities, for whom the arts have often been undermined or ignored. “[For] my family, we don’t really value the arts as a legitimate form of career,” Nhan explains. “I’ve always had a passion for music, but I was always too afraid to go after that because of that fact.” The arts have long been a hard sell in API communities—a fact which contributes to underrepresentation of Asians or Asian-Americans in mainstream media.

The fact, then, that mixathon48 was founded entirely by API community members challenges the problems of inaccessibility and underrepresentation. “Although we don’t specifically target API producers, I think just having our faces out there and people seeing that ‘Hey! These are API people leading this organization’, we’re doing our part—whether it’s directly or indirectly—to making the music industry more diverse.”

Of course, Nhan says that there’s definitely more representation of Asians and Asian-Pacific Islanders in music today than there was in the past. “These days, there are a lot more API musicians, producers, DJs, things like that, a lot more prevalent now,” he notes. “If I was younger, and I saw how a Vietnamese person was a DJ, I definitely [would give] that a shot. But I didn’t see that as a kid, and so growing up I didn’t really see that as a viable option… mixathon48 is about helping people realize [that, and] helping people grow as musicians and as producers.”

And it’s more than just representation within American or U.S.-based communities: mixathon48 has a vast, global reach. Within the past year, mixathon48 has grown rapidly, at an unprecedented pace. “It started off as a contest,” Nhan says. “We’ve been around for a little over a year now, and we’ve had three events… We didn’t really expect that kind of turnout that we’ve had. People from Europe, India, [and] Asia would apply and send in tracks… People from all different parts of the world coming together to make music.” 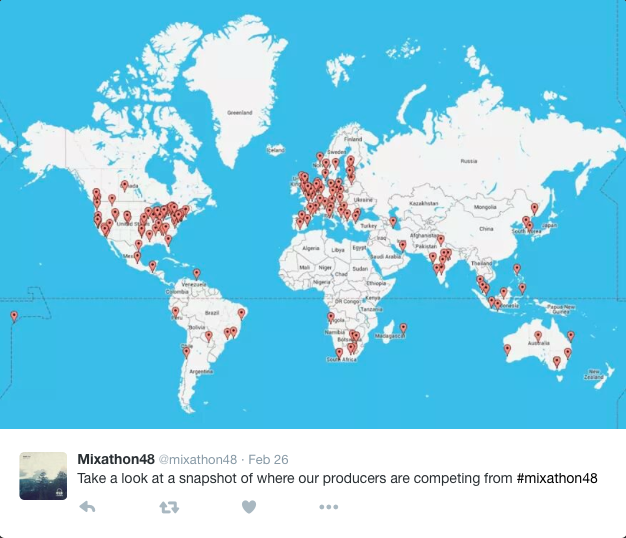 As a newly-registered non-profit organization, mixathon48 will continue to ask these kinds of questions to expand their impact beyond the mixathon event. “My vision, personally, [is to create] an online community for early stage music producers,” Nhan states. “We’re still trying to figure out how to do that.”

Undoubtedly, though, the organization will stay true to its core: the passion for how music makes people feel and the hard work required to create it.