With over 200,000 views on YouTube, thousands of subscribers and more than 500 reblogs on a single poem, spoken word poet Fong Tran speaks to quite the extensive audience who want to hear what he has to say.

And he has a lot to say. Earlier this year, Fong’s poem “Don’t Be An Activist” circulated all over social media, revealing the hard truth behind activism and the call for compassion in community organizing. Prior to that, “Dear Young Man of Color,” his piece about the struggles of being a man of color in America, prompted powerful discussions across the Internet. Fong also delivers the truth beyond social media, securing performances across the United States from Wisconsin to the Bay.

But there’s more to Fong’s activism than his ability to drop the mic. With a Bachelor’s degree in Social Welfare from UC Berkeley and a Masters in Community Development from UC Davis, Fong has committed himself to activism as an educator and continues to represent his values of social justice and intersectionality through his work.

Kollaboration had the chance to speak with Fong about his roots as an activist and how he pursues his passions today – right on the UC Berkeley campus where it all began.

Tell us a bit about yourself – where are you from and how does that influence your work?

I grew up in South Sacramento. My mother fled from Vietnam and raised five of us – I have three older siblings and one baby sister. In that context of being in a big family, being raised under welfare, food stamps, not having a father in my life… that informs what I do in terms of activism in my poetry. So I was lucky enough to be the first in my family to go to college and even luckier to go to Berkeley…I had the mentality that I just slipped into the thing – the “imposter-syndrome.” My philosophy of always giving back and helping others – people in Richmond and Sacramento – to go [back to] college was instilled in me. I wanted to help others overcome the barriers I went through.

How did you get into poetry?

I studied abroad in Vietnam for about six months, traveling all over Southeast Asia. The day I came back, President Obama was inaugurated…. the world [was] different. And I came back with the mentality: “I wanna try new things.” That’s when I was like, “Ima try poetry.”

In the beginning, I always thought of and saw myself as a bad writer. And so I internalized that. But what ended up happening was in the process of writing, and getting a little bit better each week, I started really enjoying it for what it was, which is really doing the art and writing for you versus writing for somebody else.

The poem that changed everything was when we got the prompt of writing something traumatic in our life… I decided to talk about what it was like to not grow up with a father and being raised by a single mother, and it was one of the very first times that I had been public about that issue. In that poem, I just kind of let it all out – and the revelation was not making this just about pain and oppression but also about strength, resilience, and triumph.

How else did you further your activism?

I worked at a non-profit in Sacramento called Asian Resources, an all-around social services organization. I mainly focused on job development for young people as well as higher education: helping young people get internships and jobs, as well as getting them to sign up for community college classes.

Why do you think the arts are important in the API community – especially when they aren’t seen as valuable?

I think the conservative thinking that most API parents may have is informed [by] trauma and oppression and larger institutions of poverty. So, when your folks are coming from a place of “I need to survive,” they’re gonna want the same thing for their kids: “I want you to survive and thrive.” And in their eyes, thriving is high income, high status positions like being a doctor or being a lawyer.

I think it’s vital for Asian Americans to engage in art because on the surface level, we need to diversify the archetypes of what Asians can be and what we see in media and what we see in society. I also believe that stories, essentially, [its] one of the most vital things in our community. It’s a political act to tell stories, to reclaim history. If we’re not telling [your] history, then someone else is telling it for [you]. 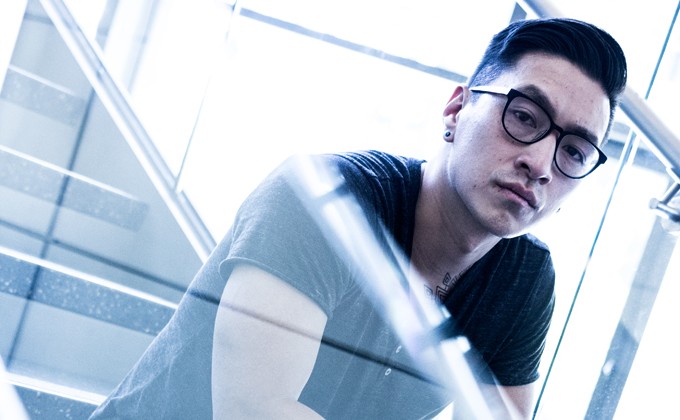 You ended the poem “Don’t Be an Activist” with a call for compassion. How do you think people can show compassion through activism in whatever they do?

I think [in a lot of activists spaces], there’s a “call-out” culture. I really think that’s unproductive. I mean, there’s a space [for that], but otherwise, I always take the approach that somebody may not be quite sharp about a certain issue[s] or particular community – so I really want to work with them to create empathy around this issue or this topic. Compassion is systemic and essential to activism. It’s wanting equity because we don’t currently see equity that meets people’s needs.

A lot of people are on the defense when it comes to these conversations, about race and identity and gender and sexuality and social justice, but you have to approach it from an open-mind standpoint – even if I’m an advisor, I’m still learning from my students, and I can never approach it like, “I know more than them.” I may have more experience in certain arenas and that’s valuable to them and I can gift that to them, but they are teaching me just as much as I am trying to teach them.

How would you communicate the need for social justice to spaces that do not believe in its necessity?

The best form of social justice is to always represent it. I think that’s the most sustainable and most impactful [way] in my life – to represent the values that you want people to follow and emulate. That within itself is difficult sometimes – to be resilient, especially within your families, to come home and bring these conversations to them – which feels like leaps and bounds sometimes.

Who are your activist role models?

I think I thrive much more in group settings, so I can’t really pinpoint individuals who model how I work. I think it’s being in spaces – Key Club, REACH! (Asian Pacific Islander Retention and Recruitment Center), SASC (Southeast Asian Student Coalition).

My students are always gonna be the biggest form of mentors for me. Tupac has this quote: “I’m not saying I’m gonna change the world, but I guarantee that I will spark the brain that will change the world.” I might not change the world myself, but I know I’m gonna help develop the young people that will. If that could be my form of activism or my legacy, then I’m good.

If you could give advice to a younger version of yourself, what would it be?

Generally, I don’t think from a regret model – I really believe that everything happens for a reason. I wouldn’t be who I am if it wasn’t for the events that took place. But ultimately, something that all young people don’t get enough of is love and affirmation. I would probably just tell my young self, “Hey, do what you’re doing, do it hard, be confident, be un-wavered, be relentless at learning.”

Learn more about Fong and his work at his website www.fongtran.com.