Kollaboration Executive Director Minji Chang chats with singer-songwriter Jae Jin who talks about his personal musical journey from Baltimore to NYC and now Atlanta. Jae shares about the personal moments that lead him to take up life as an artist and living life on his own terms.

Casey Luong, will be Houston’s representative in the Kollaboration Star showcase this November, and you can find a small sample of his work at his bandcamp! This article is a follow-up article to this bangin’ article written by Bryan here, so be sure to read the prequel first!

For guitar-slinging singer-songwriter Casey Luong, what started as an attempt to prove those who doubted and discouraged him from self-expression morphed into a wild and endless personal journey. This journey eventually led him, starry-eyed, to a competition at the Aratani Theatre in Los Angeles’ Little Tokyo.

After placing first at a benefit competition event, Casey realized that he was not only serious, but truly passionate about music. He vowed thereafter to always perform when given the chance. That determination eventually lead his to claim the title at Kollaboration Houston’s showcase on 2015. When asked about the highlight of his career so far, he responds that it would have to be this leg of the adventure, being able to perform at the Kollaboration STAR showcase. When asked who he looks forward to competing with the most at STAR, he says that while he’s looking foward to hearing from all the acts and seeing what they bring to the stage, he’s most interested in meeting Peter Chung, Kollaboration LA’s winner. He explains that he feels the fellow singer-songwriter could very well be an “older version” of himself, but with more depth and experience.

Luong’s main influences are John Mayer, Ed Sheeran, Jason Mraz, and Adam Levine (who, like Casey, also sports a tiger tattoo on his right arm), but like most artists, he also draws influences from a large variety of artists. He’s an unashamed fan of Bieber’s most recent works which according to Casey have “the most honest lyrics to date.” He also adores the unique tones and styles of The Weeknd and The 1975, and hopes to learn from them in how to fit his music into something niche yet popular. 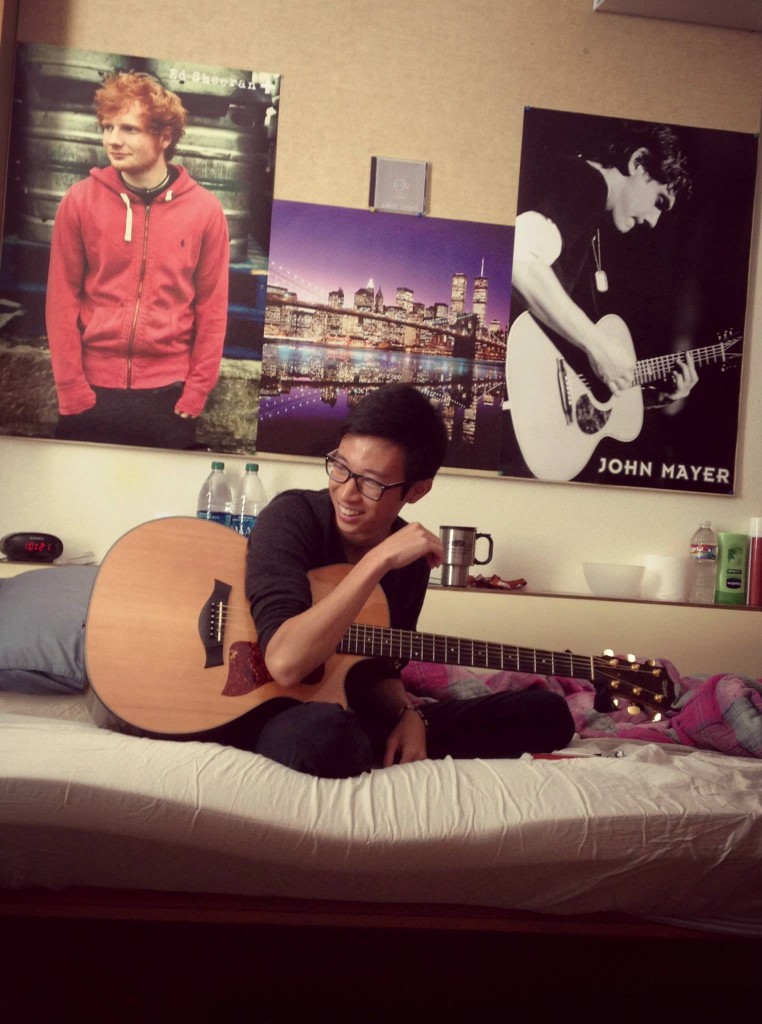 Often referring to his music as his own personal diary, the songs that Casey writes act as a “recollection” of what he’s been through and endured through in not only his ongoing college career as well as experiences growing up in of Sugar Land, Texas. He’s intent on producing his own original works, and with no sign of stopping. As with all great music, he says, his music is a reading–if not a dialogue between artists and listener–of his tales. For Casey, music was never about the fame. “It’s not about being the popular guy on the block,” he states, with an unshakable conviction in his voice. “It’s about the artistry.” Artists, he says, “should never compromise the integrity of the music.”

Casey aims to continue growing as an artist, writing more, and developing his sound. When asked about why he no longer posts covers on YouTube, he reasons that, from his humble opinion, covers are hardly candid. “It isn’t an honest expression of an artist,” he defends. One of the genres he hopes to incorporate into his sound is the blues. “Blues is far more complex,” he explains, explaining how he appreciated the technical skill showcased by artists in the genre, something casual listeners might miss. His ultimate dream in music creation is to find that perfect balance between musical complexity and appeal. In the near future Casey plans to add a MIDI-pad to his setup, which already includes a loop-pedal, to hopefully allow him reach a whole new level of expression.

To Casey, music is the centerpiece of his life. He’s grateful and awed at the support he’s received not only from friends and family, but from strangers as well. He credits their support and love at every opportunity. However, from his point of view, his greatest motivations are not external, but internal, finding the artist within. Not that he wouldn’t mind becoming famous, but he’s always been realistic, and is thankful that “what [he] loves to do isn’t what [he] needs to do,” hence why he’s also currently seeking a career in nursing. If the opportunity presented himself however, he readily admits that a rockstar lifestyle, not unlike those of his musical idols, would be hard to turn down.

Asked what it would take for him to fully pursue such a lifestyle: “getting signed,” he smiles, “would be a good start.”

Watch Casey perform for the chance to win $10,000 at Kollaboration Star, taking place 11/14/15! Tickets are on sale now at star.kollaboration.org